Growing to Know God is an organization dedicated to helping people have and develop a healthy and full relationship with God.

Because Bruce Leiter, the founder of Growing to Know God, and his wife have enough income for their daily life, he has vowed before God to give half of his writing income to three reliable mission causes. He will use the other half only to pay for the actual expenses of writing, publishing, and promoting more books as well as producing other media.

Therefore, the informal nonprofit organization will have no profits and will neither solicit nor accept donations. Bruce’s son has volunteered to join the board and help with the organization’s management and promotional efforts.

In the beginning, God made humanity in some ways like himself (Genesis 1:25, 26). Thus, he gave humans intellects, emotions, and wills similar to his.

However, humans fell from perfection in all areas of their personalities when Adam and Eve ate the forbidden fruit (Genesis 3), thus beginning our human rebellion against our Creator, which has continued to this day.

On the other hand, God provided a way back to him already at the beginning of humans’ departure from a relationship with him in the form of his hopeful prediction of a future Rescuer, who would defeat evil (Genesis 3:15).

Furthermore, God called Abraham to bless him as well as his descendants and to make them a blessing to the nations (Genesis 12:3). Moreover, all true believers are Abraham’s spiritual children, according to the Apostle Paul (Galatians 3:26-29; Romans 4). Therefore, God calls all believers to be his agents of blessing to the people around them.

The God-man, Jesus Christ, fulfilled the promise to Abraham and to those who believe through his perfect life, death in our place, and resurrection for our new life (Colossians 1-2; Ephesians 1-3). He will come again some day to give believers and his creation final perfection. 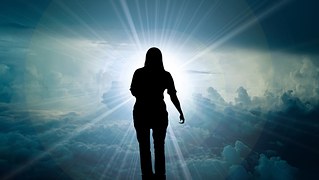 Also, because of Jesus’ words to Nicodemus (John 3:3), “You must be born again,” and Paul’s inspired words, “Since then you have been raised with Christ, set your minds on things above, not on earthly things” (Colossians 3:1), our nonprofit seeks people’s new birth and new-life growth through Jesus’ triumph by God’s unlimited power.

In addition, the first and second Persons of the one true God jumpstarted his rebuilding project of humans’ lives by sending the third Person, the Holy Spirit, to re-create his people, whom he would use to reclaim more people all over his world (John 20:21, 22; Acts 1:8).

Throughout the Bible, God has revealed himself as one God (Deuteronomy 6:4) revealed as three Persons—Father, Jesus, and Spirit—a revealed mystery especially in the gospel of John. 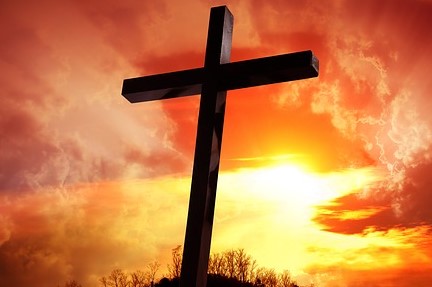 On this biblical basis, this unofficial-nonprofit effort is committed to daily prayer for God’s guidance and blessing for the readers, listeners, viewers, and groups who benefit from the print and other media. The reason is that God alone can give the new-birth miracle and the progress in Christians’ lives with their Spirit-led cooperation and through persistent prayer (Eph. 6:18-20; 1 Thess. 5:17). We pray that God will help many people through our efforts.

Scroll back to top