On November 4, 2020, in the middle of the night, my wife of fifty-six years died. She often experienced insomnia and would get up during the night to read and take some sleepy-time tea.

We were all packed and ready to go on a trip to visit our family, the Creation Museum, and The Ark Encounter. However, I know her soul went on a much better trip.

Here’s how I figure it must have happened. She must have gone out of our condo’s bedroom and rounded the corner next to the open staircase in order to go to the living room on the other side of our condo stairs that descend to the basement.

Somehow, she lost her balance, took out three spindles above the right-side of the stairs, hit her head on the bottom of the right-hand railing, and fell headlong to her death.

Needless to say, I was shocked to find her the next morning at the bottom of the steps! When I saw her body, I shouted, “Winnie! Winnie!” I sensed that she might be dead when there was no response at all.

Now, you have to understand that I was the one in our marriage with balance problems, not Winnie.

Therefore, here I am alone on Christmas Eve missing her company. Someone might ask me how I can deal with such a shocking loss of my close companion.

My answer takes me back twenty-one years during the late winter of 1999, after we had moved to Saskatoon, Saskatchewan, Canada, for me to be the pastor at Bethel Christian Reformed Church. Then, I had a very strong premonition that Winnie was going to die before I did. We had nothing in our situation that would cause such a feeling. Nevertheless, I felt it.

How can one deal with such an experience? Well, God had enabled me to deal with other emotional struggles previously by unloading my emotional baggage on him in prayer, the same way biblical people like Job, David, and Jeremiah did. This prayer pattern called lamenting isn’t present in our culture, but God had taught it to me through his Word, the Bible.

Well, when I felt that strong premonition, I told God that I didn’t want Winnie to die first because it would be easier for her if I died first and because men usually do. I persisted in many prayers expressing my anger that he might allow it to happen, as I had done previously, until God gave me his permanent peace (Philippians 4:6-7) to accept his will.

Don’t get me wrong. God doesn’t cause the death of anyone; we humans have brought sickness and death on ourselves through our rebellion against God (Genesis 3). He allows death in order to be honored in believers’ lives with many resulting spiritual changes.

God’s peace has persisted through all these years, while he has enabled me to focus on him. In fact, I would wonder occasionally without anxiety whether she would be in an accident with our car when she would do errands, but I never dreamed that she would die by falling down our stairs!

God, through his peace, has enabled me to be clear-eyed, accepting, and rational throughout the funeral arrangements, during my eulogy at her funeral, while her casket was lowered into her grave, and during the huge adjustment her death has brought.

I haven’t shed any tears since she died because I gave God torrents of them more than twenty years ago! 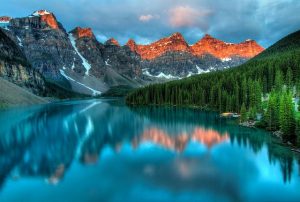 6 thoughts on “God and My Wife’s death”