I’ve been doing research on the ideas, believed by some people, that God is in everyone and that God is the same as everyone. Their concept is that I am God and that all I need to do is come to accept that idea. The result would be that I will be transformed into a better self.

That idea was popularized by Shirley MacLaine in a 1987 miniseries entitled Out On a Limb about her life. MacLaine was raised as a Baptist but rejected her unbringing to accept, instead, the idea that all people are the same as God. That idea is a form of pantheism that some Buddhists, most Hindus, and a lot of people identifying with the New Age or Higher Consciousness movement believe.

In one scene of the miniseries, Shirley, playing herself, is sitting on a beach. The man who is sitting with her tells her to stand with her arms straight out to either side and yell, “I am God!” She does it.

Well, I’m not God, and I’ll never be God! Why? I believe the clear teaching of many Bible verses that God made me. For example, Genesis 1:1, the first verse in the Bible, has to come as a shock to the people of the Bible’s era, who have believed as pantheists that the universe has always been in existence and that the “gods” are parts of the cosmos. That verse says clearly, “In the beginning God created the heavens and the earth.”

In chapter two, which gives many more details of the first humans’ creation, he makes Adam, the first man, out of the dirt. Then, he makes woman out of man.

My whole point is that God distinguishes himself from humans even before they mess up their relationship with him.

We know this truth because throughout the Bible, the tempter, Satan, always tries to entice people to raise themselves to God’s level–to be God. In Genesis 3, Satan uses a serpent to be his agent of temptation in her life to make her want equality with God, among other temptations. In contradicting God’s direct words about his death penalty if they eat the forbidden fruit, Satan says, “For God knows that when you eat from it your eyes will be opened, and you will be like God, knowing good and evil.”

Of course, in Genesis 1:26-27, God makes the first humans in his image and likeness, but he does not create them to be God. The Maker is never the same as the universe or humanity.

It is also true that Adam and Eve’s rebellion in chapter three drags the rest of humans down in their attempts to raise themselves to God’s level.

Another truth in the Bible is that God is in a spiritual, not physical, place called heaven. He rules his universe from there. Nikita Khrushchev wrongly reported that the Soviet cosmonaut Yuri Gagarin went into outer space and declared that he couldn’t see God there. Therefore, he must not exist. That statement was probably Soviet propaganda. Of course, whether or not he said it, Soviet atheists didn’t understand that God is spirit, not physical (John 4:24), and can’t be seen with physical eyes.

The astounding fact is that the Second Person of that same God comes to earth to join humanity. The 100%-God-and-100%-human Jesus is the result. His mission is to reject the renewed temptations of Satan, like those he threw at Eve, that challenge him to raise himself to his Father’s level. Jesus is God, but he has given up the high status of the divine Ruler to live a perfect life by rejecting all temptations that attempt to make him turn aside from his mission. He succeeds because of his constant communication with his Father.

What is his mission? His Father is the just Judge of all humans, who are all born with God’s rightful guilty verdict. They can’t take away that verdict since only a perfect person can. The many sacrificed animals of the Old Testament have had to be blemish free. People have brought such animals to die in their place to receive God’s forgiveness.

Similarly, a perfect sacrifice of a Substitute must also die for the rebellious imperfections of the whole human race to offer them a not-guilty verdict. Those people who accept him as their Substitute and trust him, not their own actions, to get them to heaven when they die, will arrive there. Those who reject his mission and rely on their own goodness will, very sadly, be separated from God after death.

God is completely separate from his creation but very involved in ruling his universe and its occupants, according to Psalm 139, as follows:

1 You have searched me, LORD, and you know me. 2 You know when I sit and when I rise; you perceive my thoughts from afar. 3 You discern my going out and my lying down; you are familiar with all my ways. 4 Before a word is on my tongue you, LORD, know it completely. 5 You hem me in behind and before, and you lay your hand upon me…. 7 Where can I go from your Spirit? Where can I flee from your presence? 8 If I go up to the heavens, you are there; if I make my bed in the depths, you are there. 9 If I rise on the wings of the dawn, if I settle on the far side of the sea, 10 even there your hand will guide me, your right hand will hold me fast. 11 If I say, “Surely the darkness will hide me and the light become night around me,” 12 even the darkness will not be dark to you; the night will shine like the day, for darkness is as light to you. 13 For you created my inmost being; you knit me together in my mother’s womb. 14 I praise you because I am fearfully and wonderfully made; your works are wonderful, I know that full well.

What do you believe, and what are your opinions about God and the Bible? You can share them freely. 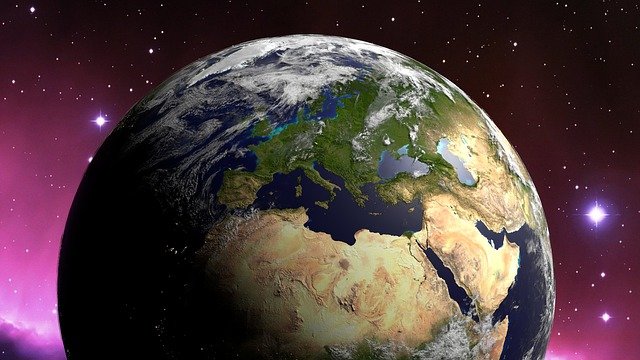